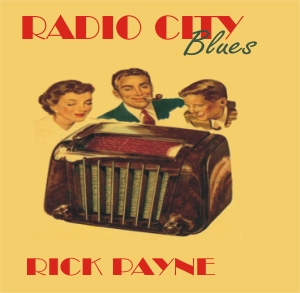 ‘I heard about an organization called 'Wireless For The Blind' that helps provide resources to the
blind. In the past I'd done a show for the Bristol Eye hospital high-lighting the fact that so many
early blues greats were blind. It's a long story but I feel I've gained so much from this kind of music
inspiration from players like the great 'Blind Willie Johnson' and many others - that I would dedicate
this new CD to them and at the same time make a donation from the album to 'Wireless For The Blind'.
Time to give back, without sounding too coy I hope.’  -  Blues Matters magazine Dec 2010

British Wireless For The Blind

Mike Harding BBC Radio 2 - 'Blues and Folk singer of some might ....A cracking album!'

Peter Finger - ‘Very nice album. Congratulations. Rick’s music is fun to listen to. He plays
the music I grew up with and all the country blues and folk influences sound
familiar to me. However his songs are so fresh and positive I can’t stop to press
the repeat button. Wonderful!.’ ( Acousic Music Records )

Spencer Bohren - 'This is honest music, well played and well recorded....when it comes to
the blues who could ask for more'